On this Gallery, you can tour a selection of rugs from our last Exhibition, held in September 2017 at Centennial Hall. Visit our Blog to see the rugs showcased in the past.

These hooked portraits are inspired by several different artforms, a sculpture, a miniature painting, a portrait painting, and a photograph. Whether the subject is famous or unknown, portraits present the viewer with a visual representation or likeness of the person and may also reveal an idea of their personality. 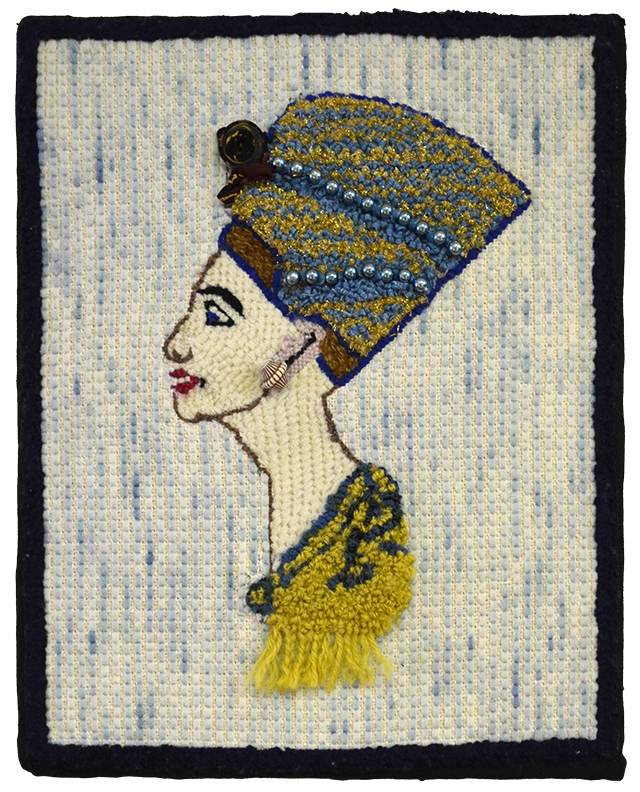 I took an advanced rug hooking class with Lois J. Morris, who often provided us with pictures or drawings to inspire us. I chose a charcoal drawing of the bust of Nefertiti, a famous ancient Egyptian sculpture. Using it as a guide, I drew a replica onto linen, and hooked it with purchased wool, cut into #2 strips. It hangs in my home. 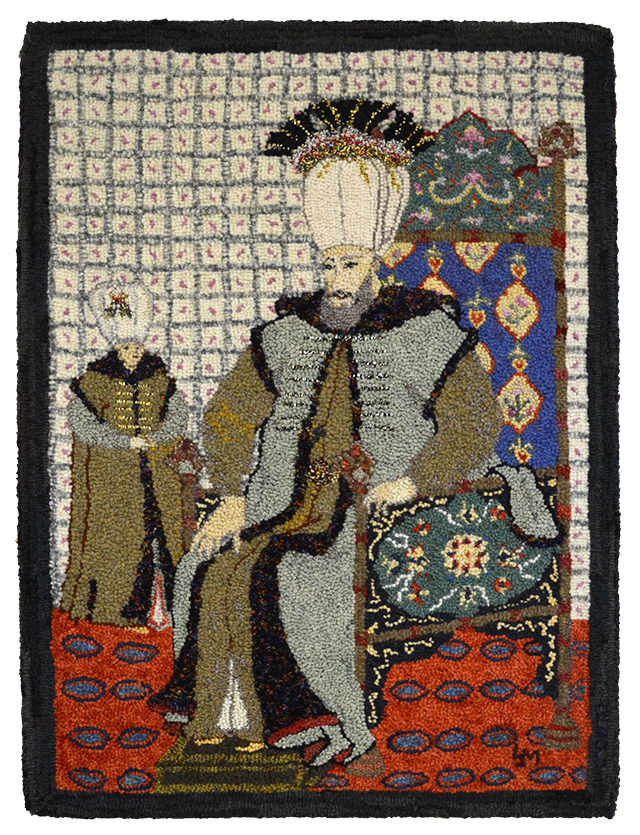 After reading an article about the Ottoman Empire in a National Geographic Magazine, I was inspired to create a rug. This piece is an adaptation of an Ottoman miniature painting of Ahmed III and his young heir. I altered some colours, and changed the ornamentation of the throne, the carpet, and the background of the image, to simplify their marvelous and rich decoration, which is very difficult to replicate. I used cut number 3. It was published in the January-February 2015 issue of Rug Hooking Magazine. 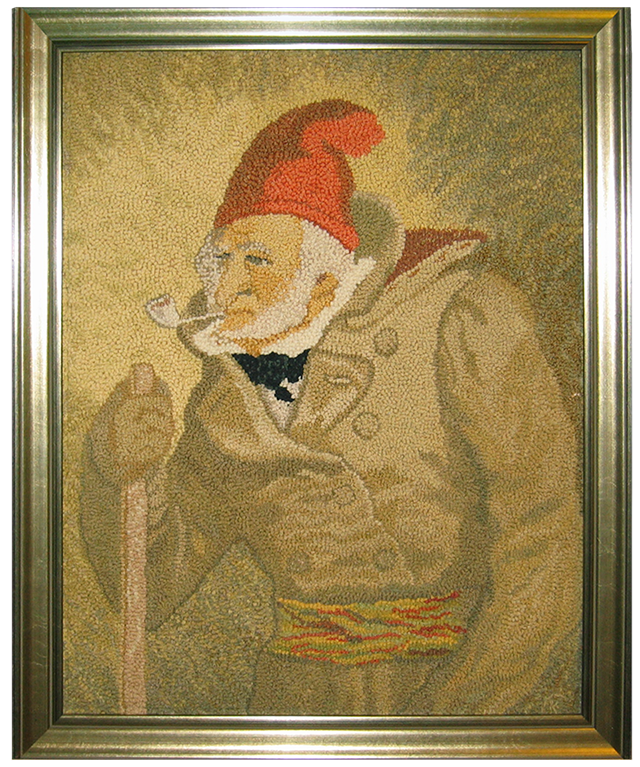 Years ago, I donated to the Guild a book about Cornelius Krieghoff, well-known 19th Century Dutch-Canadian artist. In this book is a small image of the artist’s Habitant Pipe Smoker painting which I used to create my rug while taking a course with Lois J. Morris on portraits. I dyed all the wool myself. This rug was always my husband’s favorite piece and it hung in his office for years. It now hangs in our home. 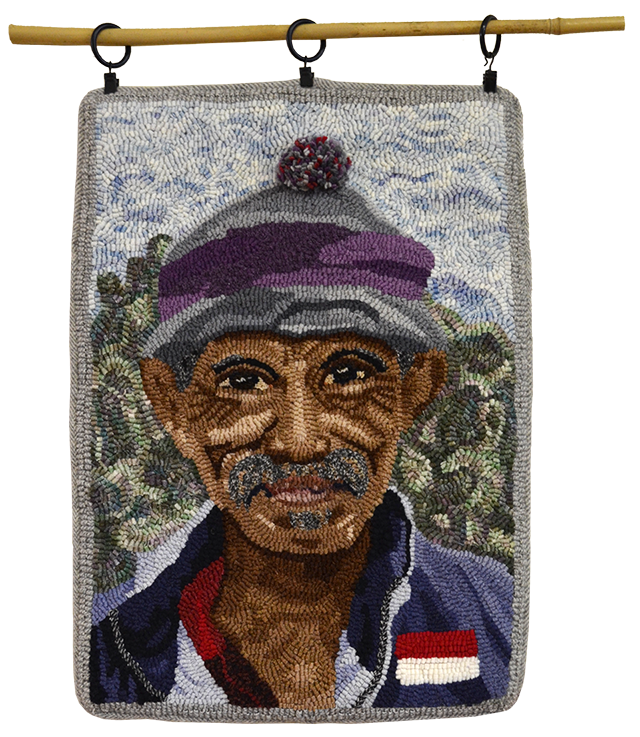 I adapted this rug from a photo I took of this very proud grandfather. We were touring in Indonesia and stopped to purchase oranges from his daughter. I hooked it while taking a course with Cheryl Bollenbach at the Green Mountain Rug School.

Visit the Animated Rugs Page... and don't miss our Blog! You will find other rugs featured in the past!